The Tyrant virus, or t-virus, is the main virus used by Umbrella, and is responsible for the creation of most of their B.O.W.s.

According to reports in the game, Dr. James Marcus succeeded in creating the Tyrant virus at the Arklay Management Training Facility on September 19th, 1978[1] through synthesis of the Progenitor virus and leech DNA. Through this synthesis, the photosensitivity of the early Progenitor strain was replaced with pyrosensitivity, a property that can be seen in most of the series' enemies.

The Tyrant virus allegedly operates similarly to most other viruses, but also has the abilities to animate dead tissue, to substantially mutate its host, and to infect nearly any tissue in any type of host. It animates dead tissue by killing and replacing any mitochondria in infected cells, and then combining with these cells to produce enough energy for motor and lower brain functions. By doing this, most of the body's systems, such as the circulatory or respiratory systems, are made redundant. However, this process has the drawback of severe necrosis in the host, and produces the distinctive rotted appearance of most B.O.W.s. The mutations are produced when the virus incorporates itself into the host's genetic code and considerably alters it. Creatures with genetic structures different than humans generally show less severe mutations, and usually only increase in size.

As a side effect of the virus' consumption of its host, specifically its digestion of the host's frontal lobes, all hosts suffer from greatly increased aggression. The virus also damages the hypothalamus, which results in a flood of neurotransmitters, enzymes, and hormones which induce a psychopathic rage and hunger in the host.

The Daylight is the only t-virus vaccine, but must be taken before transformation. The non-canon Live-action film series also present a preventative vaccine known simply as the Anti-virus, which must be taken within several hours after the initial infection. In Resident Evil, it is revealed that if the Anti-virus is taken too late, the t-virus will cause it to be rejected. Umbrella also attempted to develop several other vaccines; t-vaccine was created by WilPharma, but an employee was selling it, as well as t- and G-virus samples, on the black market to bio-terrorists. AT1521 was Umbrella's first official attempt at a vaccine, but the original sample was destroyed. There was also an unnamed vaccine being developed under the Raccoon General Hospital in Resident Evil 3 that was used to save Jill Valentine.


[You must be registered and logged in to see this image.]

[You must be registered and logged in to see this image.]


[You must be registered and logged in to see this image.] 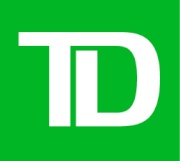 [You must be registered and logged in to see this image.]